The Way That I Went – Robert Lloyd Praeger

The Way that I went – Robert Lloyd Praeger

The above book written by Ireland’s greatest field botanist and first published in 1937, is Robert Praeger’s personal tour of Ireland’s natural wonders and has had a greater influence on Irish naturalists than any other book. It represents five years of weekends spent walking the countryside (some 5,000 miles), swimming through flooded caverns, staying out all night on islands, sifting fossil bones, and exploring cattle-tramped tombs.

WalkTalkDonegal had the great privilege of having the grand-nephew of this great ‘Man of Nature’ with us on our walks in Donegal.

Chuck is American and was very touched at the great reverence in which we hold his ancestor. He himself was not familiar with our wondrous nature in Ireland and Donegal was the perfect place to show it off.

The group stayed in Ramelton in the wonderful Ardeen House where they were superbly looked after by Anne and Bert Campbell whose brother had won the Nobel Prize in Medicine. 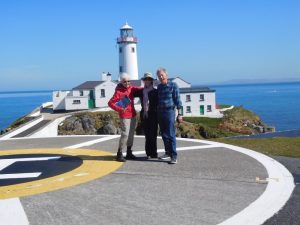 We showed them our majestic Fanad Lighthouse looking out over Lough Swilly and the Atlantic – it now contains three apartments which are very popular to rent – www.fanadlighthouse.com – and tours are conducted by local guides. 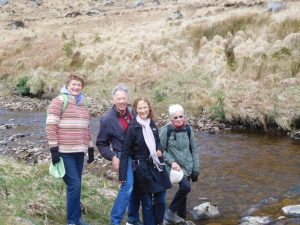 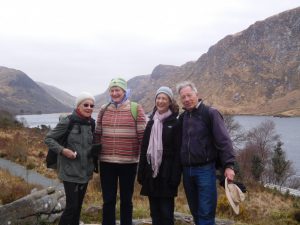 Another jewel in Donegal’s crown is Glenveagh national park – we walk through a magnificent valley which was perfectly carved out by glaciers in the last ice age. A river flows along as we descend from the wild heathery slopes till we reach Glenveagh castle and the amazing almost tropical gardens – so much history and beauty combined.

As we explored Ards Forest Park and the Fanad peninsula we felt as if we were giving something back to the great man himself by going on some of ‘the way that he went’. 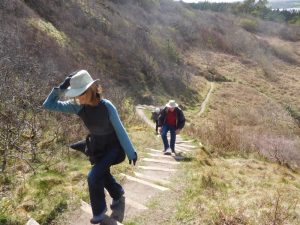 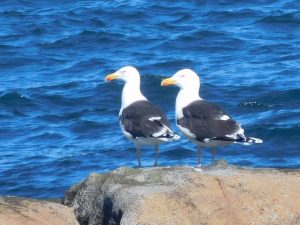 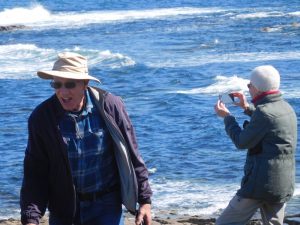 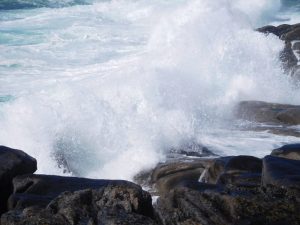